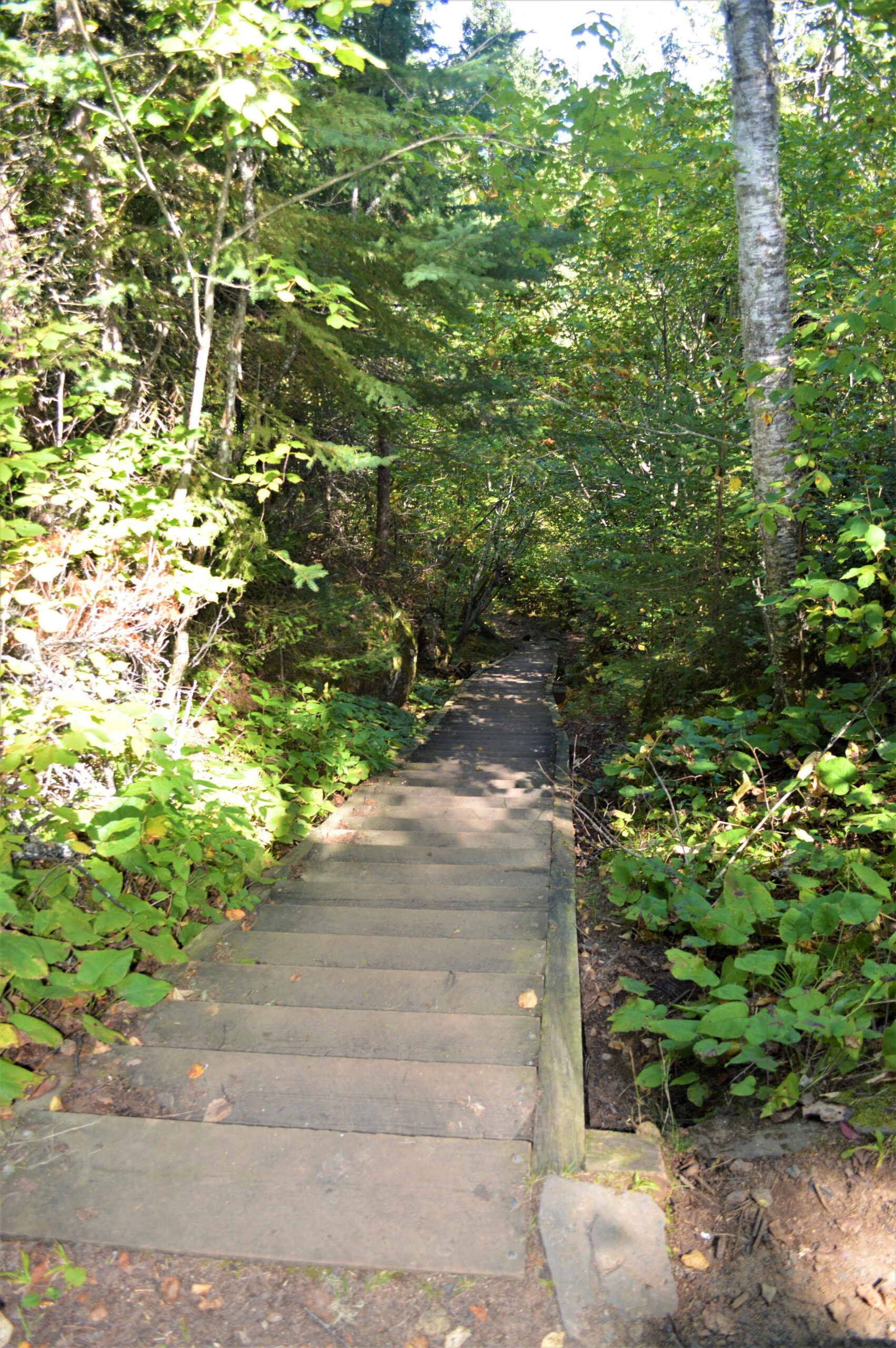 The Stairway Portage will have a new set of ‘stairs’ next summer.

And they’ll be made of stone.

The iconic portage between Duncan Lake and Rose Lake in the Boundary Waters Canoe Area Wilderness will take on a new look in 2022 when two sets of wooden staircases will be replaced with stone steps. Stone used in the project will come from the land located between the lakes in the federally-designated wilderness area. Hand tools and other non-motorized instruments will be used to shape the new look of the portage.

“We are planning to replace the wooden stairs on the stairway portage with stone steps during the summer of 2022,” said Jon Benson, an assistant ranger for recreation and wilderness on the Tofte and Gunflint ranger districts of Superior National Forest. “Great Lakes Trailbuilders is the contractor with whom we will be working.”

The 80-rod portage between Duncan and Rose is among the most highly trafficked areas on the eastern side of the BWCA. Two sets of stairs, with more than 90 steps each, make up most of the portage between the two lakes. The portage largely parallels a set of falls dropping from Duncan down to Rose near the Canadian border in the Mid-Gunflint Trail area. The current look of the portage was built in the 1930s by the Civilian Conversation Corps using logs to create a staircase of sorts.

Due to the harsh environment in the BWCA, wooden steps or set logs do not hold up well as weather and humans wear on them, according to Willie Bittner, the owner of Wisconsin based Great Lakes Trailbuilders. For example, the wooden steps of the Stairway Portage have been replaced three times in the past 30 years, he said. Rather than continually replace the wood, Bittner had a vision to place stone steps on the portage. Not only will the stone have a more natural look, they should last much longer than the wood version.

“This should be there for many generations,” Bittner said of the forthcoming stone staircase between Duncan and Rose.

After securing the bid, Bittner and his company are spearheading the project in collaboration with the U.S. Forest Service and the Conservation Corps of Minnesota. The project comes under the umbrella of the Great American Outdoors Act. 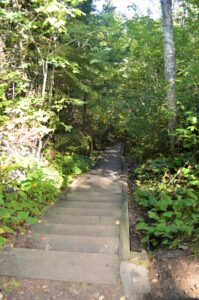 Bittner and his team will use rifting hammers to split large rocks weighing up to 200 lbs. each to create the steps, he said. They’ll also use a device that he describes as a ‘zip-line for rocks’ to set the stones in place. Bittner plans to start the project in May not long after the ice vanishes from West Bearskin Lake and Duncan Lake. The goal is to complete the new Stairway Portage by the Fourth of July, he said.

WTIP Boundary Waters Podcast host Matthew Baxley spoke with Bittner about the project. The audio to their conversation is shared below.

Despite the hesitancy of some to get vaccinated, Cook County has consistently had the highest vaccination rate among all of Minnesota’s 87 counties throughout the pandemic. Grinager said Cook County residents have received around 2,500 booster doses as of Dec. 21. Based on the total number of people vaccinated in Cook County, Grinager estimates that 1,400 people eligible have not yet received a booster even though they could.

And while the vaccination rate has been notably high in comparison to other counties, Grinager said there are about 1,100 people in Cook County who are not yet fully vaccinated, though approximately 200 of those would be ineligible due to age since those under five years old and are therefore not yet eligible, she added.