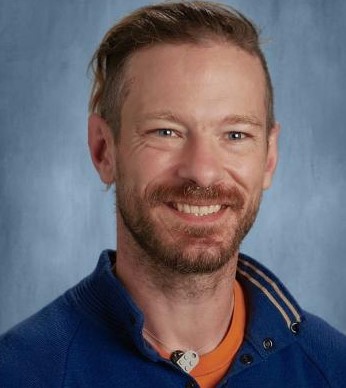 As election filing ended on August 16 for mayor and city council candidates, one name was missing from the candidate filing website: Jay DeCoux.

The Grand Marais Mayor, Jay DeCoux, will not run again in the upcoming 2022 election.

Instead, council member, Tracy Benson, is running unopposed for mayor.

WTIP reached out to DeCoux to reflect on his time as mayor as he wraps up his final months in office.

DeCoux shared that he made a deal with himself that he wouldn’t overstay his welcome. He wanted to accomplish specific goals and projects as mayor before moving on. He added, “So we’re at that point, and I’m excited to see what the future the council has, but watch it from a different vantage point.”

A few of DeCoux’s outlined goals when he first took office in 2014 were to move the public works facility from the recreation park and finish the DNR boat launch. As of August 31, the Parkside Public Access Plan will be completed.

The other project DeCoux is proud to have completed during his time in office is the reconstruction of Highway 61. Despite some unfortunate things happening with the project, DeCoux said, “I feel like the community really did give good feedback, and we ended up with projects that we can all be pretty proud of.”

As DeCoux wraps up his final months as mayor, he shared that he is content with where things stand. He said, however, “I do think that it would be in the council’s best interest to come up with an actionable plan for the city hall or liquor store to have an understanding of what exactly is going to happen with that.”

DeCoux shared that he is glad the mayor and two councilor openings will be filled. “I feel really comfortable with that Ben’s involved in a lot of committees and knows the community,” He said. “And obviously, Mr. Carlson grew up here, so you know, he knows his way around the community as well.”

“I’ve been teaching classes at the Folk School for roughly six years, in the foods department there,” He said. “Historically, I’ve taught, you know, roughly five classes a year, one every couple of months.”

DeCoux said that while the North House Folk School has frequented the city council agenda numerous times throughout his mayoral terms, he remained impartial during discussions. However, he said when the conversations led to an actionable item, “That’s when I, under the advisement of the city attorney, decided that when decisions are starting to be made, that’s when I step out.”

“I’m just really grateful that the community put faith in me for this period of time,” He said. “And now, I look forward to seeing what accomplishments the next council can manage.”

DeCoux shared some final thoughts, “It’s certainly been an honor to be able to do this for eight years.”

WTIP’s Kalli Hawkins spoke with Grand Marais Mayor Jay DeCoux to reflect on his time as mayor. Audio from the interview below.